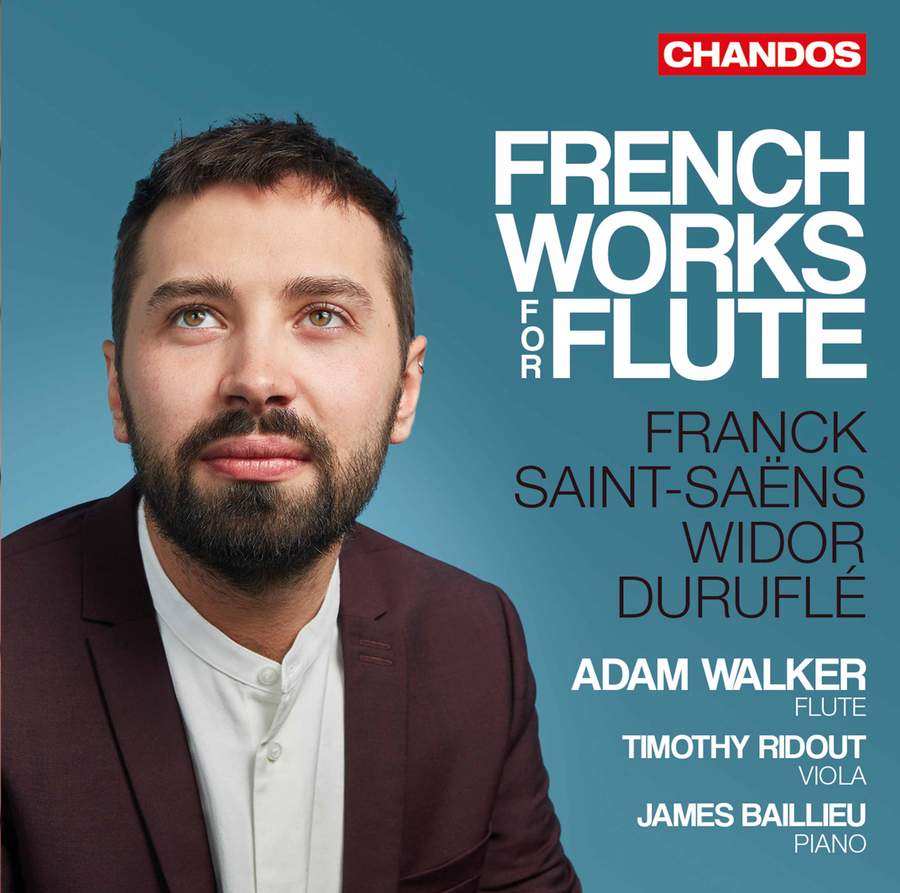 French Works for Flute is the Chandos début of Adam Walker, masterfully accompanied by James Baillieu. The pair are joined by the violist Timothy Ridout in Duruflé’s Prélude, récitatif et variations. At the forefront of a new generation of wind soloists, Adam Walker was appointed principal flute of the London Symphony Orchestra in 2009 at the age of twenty-one. In 2010 he won a Borletti-Buitoni Trust Fellowship Award and was shortlisted for the Royal Philharmonic Society Outstanding Young Artist Award. He is visiting professor at the Royal College of Music. Judged by The Daily Telegraph to be ‘in a class of his own’, James Baillieu is one of the leading chamber pianists and accompanists of his generation. Built around three major works (Widor’s Suite, Jean-Pierre Rampal’s edition of Franck’s Violin Sonata, and Duruflé’s flute trio), the programme proves an excellent showcase for Walker’s prodigious talent – effortless virtuosity, ethereal sound, and above all outstanding musical expression.

“As for highlights, it may sound rather unoriginal to pick out Jean-Pierre Rampal’s arrangement of the Franck Violin Sonata but it really sounds fabulous here under Walker and Baillieu’s fingertips; and, of course, it comes when we’ve already been warmed up and won over by their quiet, soulful drama of the programme-opening Saint-Saëns Romance. From Walker himself, there’s the serene legato fluidity and mountain-stream freshness of his sound, and the fine detail of his shaping, complemented by some immensely sensitive partnering from Baillieu, whose own top moments include the rippling, lucid-textured definition he brings to his fistfuls of notes in the second movement.”