Described by The Daily Telegraph as ‘in a class of his own’ James Baillieu is one of the leading song and chamber music pianists of his generation.  He has given solo and chamber recitals throughout the world and collaborates with a wide range of singers and instrumentalists including Benjamin Appl, Jamie Barton, Ian Bostridge, Allan Clayton, Annette Dasch, Lise Davidsen, the Elias and Heath Quartets, Dame Kiri te Kanawa, Timothy Ridout, Adam Walker, and Pretty Yende.  As a soloist, he has appeared with the Ulster Orchestra, English Chamber Orchestra, and the Wiener Kammersymphonie.

European highlights of the 2022-23 season include recitals with Lise Davidsen at the Bergen International Festival, a European tour of an all-Hahn program with Veronique Gens, performances in the United Kingdom and Spain with violist Timothy Ridout, and a fully-produced staged presentation of Winterreise with Benjamin Appl at the Gran Teatre del Liceu designed by Spanish painter and sculptor Antonio López.

North American appearances of the current season include a recital with violinist Tamsin Waley-Cohen in a program of C.P.E. Bach presented by San Francisco Performances, tour dates with baritone Benjamin Appl in Detroit, New York City, Portland, San Francisco, and Vancouver, and a pair of recitals with tenor Allan Clayton at the Park Avenue Armory, New York.

At the invitation of John Gilhooly, James Baillieu has presented his own series at the Wigmore Hall with Adam Walker, Jonathan McGovern, Ailish Tynan, Tara Erraught, Henk Neven, Iestyn Davies, Allan Clayton, and Mark Padmore amongst others.  This series was shortlisted for the Royal Philharmonic Society’s Chamber Music and Song Award for an outstanding contribution to the performance of chamber music and song in the UK.

James Baillieu was prize winner of the Wigmore Hall Song Competition, Das Lied International Song Competition, the Kathleen Ferrier and Richard Tauber Competitions, and was selected for representation by Young Classical Artists Trust (YCAT) in 2010 and in 2012 received a Borletti-Buitoni Trust Fellowship and a Geoffrey Parsons Memorial Trust Award.  In 2016 he was shortlisted for the Royal Philharmonic Society Outstanding Young Artist Award.

James Baillieu is a Professor and Fellow (FRAM) at the Royal Academy of Music, a coach for the Jette Parker Young Artist Program at the Royal Opera House, a course leader for the Samling Foundation, and is head of the Song Program at the Atelier Lyrique of the Verbier Festival Academy. He is International Tutor in Piano Accompaniment at the Royal Northern College of Music and a trustee of the Countess of Munster Musical Trust. Highly sought after for masterclasses worldwide, recent sessions of learning have brought him to the Aldeburgh Festival, Cleveland Institute of Music, Metropolitan Opera Lindemann Young Artist Development Program, Friends of Chamber Music, Portland, Oregon, Vancouver Academy of Music, Canada, and to the University of Waikato, New Zealand.

James appears in an exciting new realisation of Schubert’s great song cycle Winterreise filmed in the Swiss Alps. Commissioned by the BBC and SRF (directed by John Bridcut):

https://www.bbc.co.uk/programmes/m0012twd (For viewers in the UK)

Read an article on James’ work as an accompanist and head of the Song Academy at Verbier Festival which has just been published at: 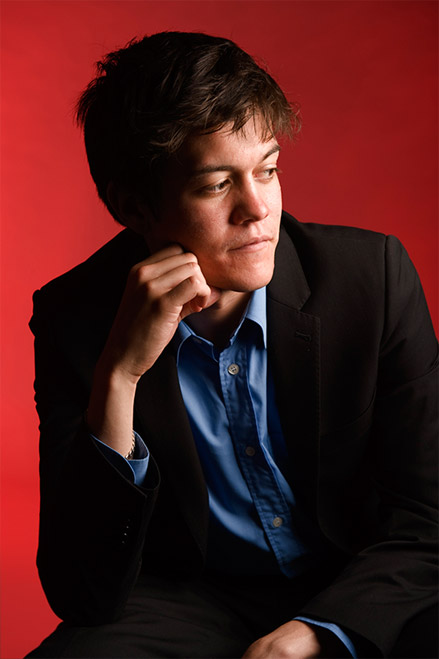 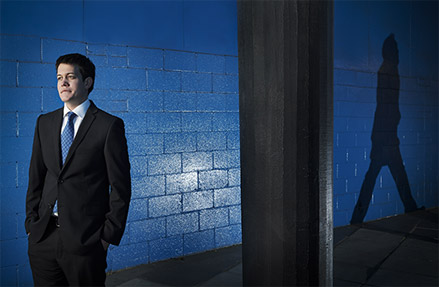 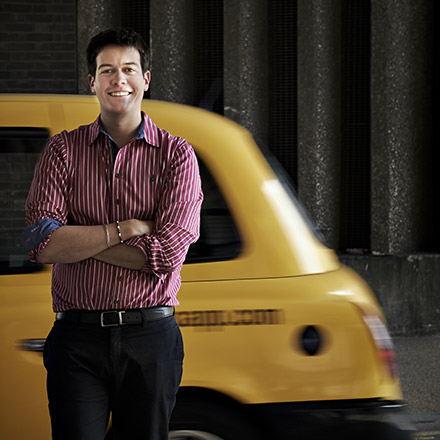 ‘He’s an exceptional accompanist, knowing both when to hold back and let the vocal line do the work, and when to assert himself and propel the music forward.’
Tim Ashley, The Guardian, 2 January 2020

‘Yende’s partner for this recital, fellow South African James Baillieu, was extraordinary, showing all the makings of an exceptional vocal accompanist: his vivid playing never upstaged his partner, and he followed her beautifully, his choices responding to hers in real time.

Baillieu brought a gorgeous variety of tone and natural freedom in his phrasing: he offered a gossamer touch in “Der Nussbaum,” dreaming sighs in Donizetti’s “Le crépuscule,” and rippling breezes in Tosti’s “Aprile.” In Strauss’s “Zueignung” he played with concerto-like virtuosity, contrasting with the airy glitter of “Ständchen.” If Wednesday was indicative of his usual playing, Baillieu might become one of the few pianists to achieve real fame as a vocal accompanist.’

‘At the piano, Baillieu was a beautifully matched “partner in crime” (Davidsen’s phrase, in one of several disarmingly sweet spoken introductions), with quicksilver fingers in Grieg, a delicious flexibility of tempo in Strauss and delicately balanced sound throughout. And in the closing bars of Strauss’s Morgen (their second encore), he provided the most breathtaking touch of all – suspending time and allowing silence itself to speak.’

‘Baillieu, with his warm sound and empathetic ear, is one of our favourite pianists these days. His playing reminds us of something Steven Blier said about the job of the accompanist, how it’s like taking a singer by the hand and leading them down a hallway of doors. At each door, the pianist opens it for the singer, and asks if they want to go in; if they do, they join them enthusiastically, and if they don’t, the pianist simply invites the singer through the next door. Baillieu has a knack for creating a soloistic phrase out of a singer’s intent; he follows, without losing his autonomy.’

“James Baillieu was instrumental in the commission [Nico Muhly’sLorne ys my liking] and it was funded partly from his Borletti Buitoni Trust Fellowship funds. His reward was to help bring to life a remarkably striking new work, and one which rewarded Baillieu with a dazzling piano part which was far more than accompaniment.”
Robert Hugill, Planet Hugill, 6 December 2015

“Plaudits should also go to the excellent pianist, James Baillieu, who contributed much to the make-up of the programme and accompanied with an unassertive sensitivity and imagination that illuminated every aspect of both music and text”
Rupert Christiansen, Daily Telegraph, 7 December 2015

“Baillieu gave us some gorgeous iridescent modulations at the beginning of the first song and imaginative tone painting in the final song.”
Robert Beattie Seen and heard International, 7 December 2015

“There was keen intelligence in the programming, an ear for subtle literary and musical connections and significant personal investment … There was also some of the most sheerly beautiful singing and playing to be heard from this generation of musicians.”
Anna Picard, The Times, 7 December 2015

“James Baillieu is in a class of his own, he is in the Gerald Moore/Graham Johnson bracket, a remarkable pianist.” 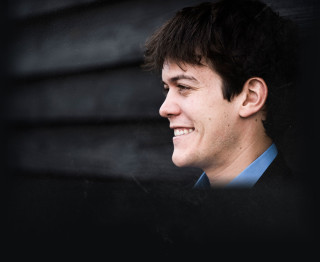 Already with so much collaborative experience, James Baillieu has been the creative mover behind a number of themed projects, including a series of concerts in Perth including the Dvorak and Brahms Piano Quintets with the Heath Quartet (2014), a mini-series at the 2015 Brighton Festival.

James has presented his own series at the Wigmore Hall  with Adam Walker, Jonathan McGovern, Ailish Tynan, Tara Erraught, Henk Neven, Iestyn Davies, Allan Clayton and Mark Padmore amongst others. This series was shortlisted for the Royal Philharmonic Society’s Chamber Music and Song Award for an outstanding contribution to the performance of chamber music and song in the UK during 2016

Wigmore Hall continues to nurture outstanding song accompanists as part of its commitment to the art form’s long-term future.

James Baillieu, winner of the Pianist’s Prize of the 2009 Wigmore Hall/Kohn Foundation International Song Competition, has been described by the Daily Telegraph as being ‘in a class of his own’, a verdict supported time and again by the quality and insight of his performances with a host of duo partners. 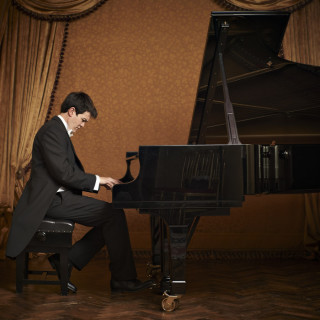 James Baillieu is a Professor at the Royal Academy of Music, a coach for the Jette Parker Young Artist Program at the Royal Opera House, a course leader for the Samling Foundation, and is head of the Song Program at the Atelier Lyrique of the Verbier Festival Academy.  He also is International Tutor in Piano Accompaniment at the Royal Northern College of Music.

His students have won vocal and piano awards in competitions such as the the Kathleen Ferrier, Gerald Moore, Das Lied International Song Competition and Royal Overseas League Competitions among others.